With the addition of more startups every year, India has developed and is witnessing one of the largest startup ecosystems in the world. While, the number of startups is on a continuous and stark rise, in May 2020, Nasscom was seen as reporting – “COVID 19 Impact – 9 out of 10 Startups Bleeding in India”. Majority of startups in India, are bleeding more so than ever before due to the grim economic condition of the country thanks to COVID-19. The investment sector has been adversely impacted by  COVID-19 and the resultant ‘stay at home’ agenda followed by most. While businesses in all sectors have borne the repercussions of the pandemic, start-ups have particularly been one of the most exposed, and in fact, are facing numerous challenges both, from a business as well as from an operations’ perspective.

The Department of Industrial Policy and Promotion, Ministry of Commerce and Industry has vide a notification1 prescribed the criteria for an entity to be considered a startup. One important thing to note is that only  private companies incorporated under the Companies Act, 2013 or Companies Act, 1956 can be classified as a startup. The Indian government has in the past launched various schemes and undertaken a slew of measures to promote a culture of entrepreneurship and startups in the country. The widely known ‘Make in India’ initiative was one such measure launched with an aim of transforming India into a global manufacturing hub and c designed to attract investments from both local and foreign entities in key areas, including automobiles, chemicals, information technology, aviation, hospitality, railways etc. Another initiative is the ‘Stand up India’ initiative – aimed at promoting entrepreneurship and job creation at the grassroots level, especially keeping in mind the Scheduled Castes, Scheduled Tribes and women.

The Stand up India programme was swiftly followed by  the ‘Startup India’ campaign, which was aimed at promoting bank financing for startup ventures to boost entrepreneurship and encourage job creation and restrict the role of states in the policy domain.

In a bid to encourage innovation, the Startup India programme has proposed the setting up of innovation centres across national institutes, and setting up a knowledge exchange hub and research parks.

The Government also launched the support to training and employment programme (STEP) for women with no access to formal skill-training facilities, especially in rural India.

One of the reforms taken by the government, to support COVID impacted startups has been  through a notification dated September 7, 2020, issued by the Ministry of Corporate Affairs (MCA) in consultation with the Reserve Bank of India. The notification amends the Companies (Acceptance of Deposit) Rules, 2014 (“Rules”) and is aimed at providing more flexibility to Start-ups to raise funds, especially during the pandemic.

Important amendments under the Companies (Acceptance of Deposits) Amendment Rules, 2020.

The MCA amended the Rules to enable start-ups to raise funds through corporate bonds or other convertible notes for 10 (ten) years as against the stipulated period of 5 (five) years prior to the amendment. Convertible Note has been defined under the Rules as an instrument evidencing receipt of money initially as a debt, which is repayable at the option of the holder, or which is convertible into such number of equity shares of the start-up company upon occurrence of specified events and as per the other terms and conditions agreed to and indicated in the instrument.

Prior to the amendment, Start-ups were allowed to receive funding of up to Rs. 25,00,000/- by way of convertible note (convertible into equity shares or repayable within a period not exceeding 5 (five) years from the date of issue) in a single tranche, from a person. However, subsequent to the amendment, the period of repayment by Start-ups has been increased to 10 (ten) years.

Given the global scale of the pandemic and the uncertain economic situations spurred by it, the Amendment is a welcome move and comes as a respite for already distressed start-ups in India. The economic distress and slowdown caused by the pandemic have severely impaired the start-ups. The Indian government has since the beginning of March, 2020 taken several steps to contain the effect and after effects of COVID-19. All such measures have been taken so as to   stabilise and revive the economy. The amendment to the Rules is certainly a step forward in creating a conducive environment for start-ups and businesses to thrive in India. 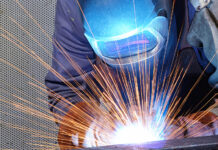 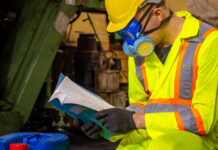 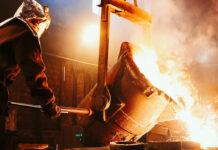