To illustrate better, if there is an agreement to transfer immovable property and the agreement contains an arbitration agreement, then in that scenario, the arbitration agreement would be a collateral term relating to the resolution of a dispute that arises out of that agreement and would not affect the transaction taking place. However, there are certain instances when the arbitration clause cannot be separated from the contract, and one of those instances is the requirement of stamp duty payment. This article aims to provide a comprehensive understanding on the remedies available to a person under an unstamped arbitration agreement.

Under Section 33 of the Indian Stamp Act, 1899 (hereinafter referred to as the “Stamp Act”), there is a duty upon every court, or arbitrator before whom an unregistered contract chargeable with duty is produced, to examine the contract in order to ascertain whether it is duly stamped. Under the Stamp Act, a contract that is not duly stamped is inadmissible in evidence and therefore cannot be acted upon[2]. This can even lead to the document being impounded.

Under most High Court rules, there is a requirement when approaching the High Court for the appointment of an arbitrator to submit either the original arbitration agreement or a duly certified copy along with the Section 11 application under the Arbitration and Conciliation Act, 1996 (hereinafter referred to as the “Act”). If what is produced is a certified copy of the contract containing the arbitration clause, it should disclose the stamp duty that has been paid on the original.

What happens when you have an Unstamped Arbitration Agreement

The Supreme Court in M/S Sms Tea Estates P.Ltd v. M/S Chandmari Tea Co. P.Ltd had the opportunity to examine what would happen if the arbitration agreement was not duly stamped.

On October 23, 2015, on the basis of the 246th Law Commission Report, the Arbitration and Conciliation (Amendment) Act, 2015 (hereinafter referred to as the “Amendment Act”) came into force. The Amendment Act brought about a lot of changes, amongst them was the insertion of Section 11(6A). Prior to the insertion of Section 11 (6A), the powers granted under Section 11 were extremely wide. It has been well established that the appointment of an arbitrator is not merely an administrative power, but it is a judicial power. The Supreme Court in the case of S.B.P. & Co. v. Patel Engineering Ltd. and Anr. had held that the courts while hearing a Section 11 application, would have the power to “entertain the request the existence of a valid arbitration agreement, the existence or otherwise of a live claim, the existence of the condition for the exercise of his power and on the qualifications of the arbitrator or arbitrators.”

With the insertion of Section 11 (6A), the powers to determine of a court while hearing a Section 11 application were restrained and were to be confined to the existence of an arbitration agreement. The Supreme Court through the decision in M/s Duro Felguera v. Gangavaram Port Ltd[4] after a reading of Section 11 (6A) made it clear that the intention of the legislature was to minimize the Court’s intervention at the stage of appointing the arbitrator and hence as a result of Section 11 (6A), the Courts should only look into one aspect, which is the existence of an arbitration agreement.

On April 04, 2019, the Bombay High Court in the case of Gautam Landscapes Private Ltd. and Ors v. Shailesh S. Shah and Ors had to decide on two issues: (i) whether interim relief can be entertained or granted when a document containing arbitration clause is unstamped or insufficiently stamped; and (ii) in view of Section 11 (6A) of the Arbitration and Conciliation Act, 1996, inserted by Arbitration and Conciliation (Amendment) Act, 2016, it would be necessary for the Court before considering and passing final orders on an application under Section 11(6) of the Act to await the adjudication by the stamp authorities, in a case where the document objected to, is not adequately stamped.

While answering the issue of whether under a Section 9 application, a Court can grant interim relief if the contract containing is the arbitration clause is unstamped, the Bombay High Court held that the right conferred under Section 9 to a party to approach the court would not be of a nature of a right under a contract. Under Section 9 of the Act, the party must establish that there was an arbitration agreement and the applicant was party to the same.

The Bombay High Court recognized the theory of separability and observed that the consequence of not granting ad-interim or interim reliefs in an application under Section 9 of the Act before the commencement of arbitral proceedings would cause severe hardship if the Court decided to wait for the contract to be stamped and not act upon the Section 9 application. Under the Stamp Act defect of non-payment of stamp duty is not an incurable defect. It can be cured at any stage before it is admitted in evidence. The Bombay High Court was further of the opinion that since the Supreme Court decision in M/S Sms Tea Estates P.Ltd v. M/S Chandmari Tea Co. P.Ltd, pertained to an issue under Section 11 of the Act, the principles laid down would not be applicable to an application under Section 9 of the Act, and a Court could grant interim relief under Section 9 even if the contract was not duly stamped.

While deciding the second issue, the Bombay High Court focussed on the intention of the legislature while passing the Amendment Act. A reliance was placed on Section 11(13) of the Act, which was inserted through the Amendment Act, which stipulates that an application under Section 11 must be disposed within a period of sixty days from the date of service of notice on the opposite party. The Bombay High Court observed that the intention of the legislature was to ensure the speedy disposal of arbitration cases with minimum court intervention for the legislature was concerned with the increase in interference by courts in arbitration cases. The Bombay High Court held that when the court adjudicates an application under Section 11 of the Act, the ambit of the inquiry as a result of Section 11(6A) now confined only to the examination of the existence of an arbitration agreement between the parties and if such an agreement exists, the disputes which are falling within the scope of the agreement would be required to be referred for adjudication by appointing an arbitral tribunal.

Given that the Stamp Act is a fiscal statute and its purpose is collection of revenue, the Bombay High Court was of the opinion that the purpose would be achieved by impounding the document and sending it to the stamp authorities if it is found to be insufficiently stamped. The courts by waiting for the outcome of the adjudication of the opinion would be restricted in exercising their jurisdiction under the Act and the ends of justice would not be met. Therefore, it was held by adopting a balance approach, keeping in mind the legislative intent and the view adopted by the Supreme Court, the Bombay High Court held that a party need not be put to a disadvantage merely on the basis of sufficient stamp duty not being paid on the contract, before considering and passing final order under section 11(6), and the Courts need not wait for adjudication by the stamp authorities to decide a Section 11 application either.

The Supreme Court while deciding the issue held that when a court while entertaining a Section 11 application finds the contract to be unstamped, the courts are bound by the provisions of the Stamp Act to first impound the contract see that stamp duty and penalty (if any) is paid before the agreement, as a whole, can be acted upon. Therefore, it is not possible to separate the arbitration clause contained in such a contract. While examining the definition of an arbitration agreement under Section 7(2) of the Act, the phrase “in a contract” was given importance. Thus, to examine under Section 11, if arbitration agreement exists would depend on whether the contract “exists”, and a contract cannot exist as a matter of law until the contract has been duly stamped.

The Supreme Court overruled the Bombay High Court’s decision in Gautam Landscapes Private Ltd. and Ors v. Shailesh S. Shah and Ors with regards to deciding a Section 11 application for an unstamped arbitration agreement, and held that a High Court must mandatorily impound an unstamped or an insufficiently stamped arbitration agreement and send it to the adjudicating authority to decide the issues relating to stamp duty and penalty as expeditiously as possible. 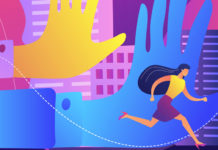 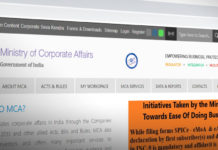 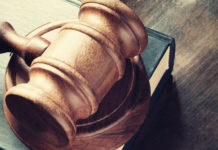 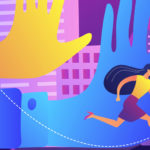 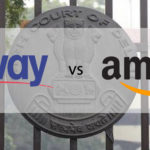 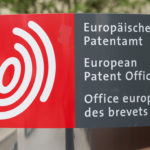 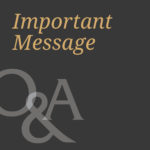 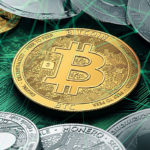