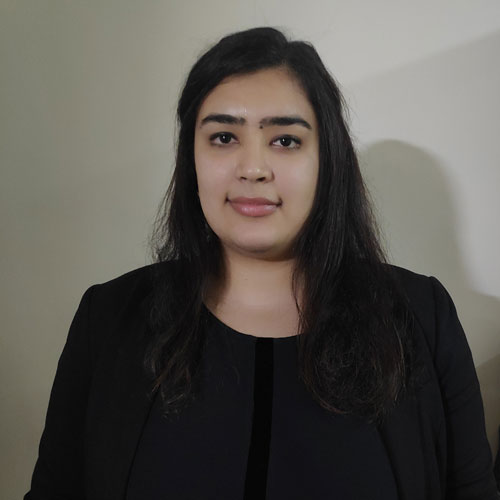 The Sexual Harassment (Prevention, Prohibition and Redressal) Act, 2013 (“Act“) defines sexual harassment as any unwelcome act or behaviour (whether directly or by implication) namely, physical contact and advances, or demand or request for sexual favours, or making sexually coloured remarks, or showing pornography, or any unwelcome physical, verbal or non-verbal conduct of sexual nature. The Act was enacted to provide protection to women at the workplace from any kind of sexual harassment and to help with the prevention and redressal of any complaints of sexual harassment.

Recently, the Supreme Court of India (“Supreme Court“), through a bench comprising of Justice Chandrachud and Justice Rastogi, on February 25, 2020 while dismissing Civil Appeal No. 1809/2020 of Punjab and Sind Bank & Others v/s Mrs. Durgesh Kuwar (“Appeal“) held that sexual harassment of a woman at the workplace is an affront to her fundamental rights of equality and right to live with dignity.

Mrs. Durgesh Kuwar (“Respondent“) is the chief manager, a scale IV officer at the Punjab and Sind Bank (“Bank“), Indore branch. The Respondent submitted six communications commencing from December 31, 2016 upto November 15, 2017 drawing attention to serious irregularities noticed by her in the maintenance of bank accounts of and transactions by liquor contractors, thereby raising serious issues. The Respondent recorded that there were duplicate bank guarantee registers and the entries were not the same in the registers and also some entries were missing from the new registers. The Respondent noted that limits were sanctioned to parties not having any connection to Indore for the execution of liquor contracts. The Respondent had submitted a detail report to the zonal manager of the Bank. However, instead of taking steps to rectify the irregularities, the Respondent was pressurised to cover up the misdemeanours. Within one month of submitting the last of the representations, the Respondent, on December 14, 2017 was served with a transfer order to a small rural branch of the Bank which should have been headed by a scale I officer and not someone in her position. The Respondent thereafter submitted a representation to the zonal manager referencing circulars of the bank governing posting of women officers with a request to retain her at the Indore branch.

On February 19, 2018, the Respondent then submitted a detailed report to the executive director of the Bank highlighting the irregularities noticed by her and also laid down allegations of sexual harassment against the zonal manager of the Bank, stating that that due to her refusal to cover up all these irregularities, the zonal manager gave her the transfer order. She accused the zonal manager of calling her late at night to discuss unimportant work, and then later insisting she meet him personally outside. The Bank constituted an internal complaints committee (“ICC“), for which the Respondent raised certain objections regarding the presence of certain members in the ICC and a lack of an independent member in the ICC as the panel lawyer of the Bank had been selected as a member of the ICC. However, the Bank only substituted two of the members of the ICC and did not replace the panel lawyer of the Bank with an independent person. Thereafter, the Respondent on being dissatisfied by the enquiry being conducted by the ICC, approached the local complaints committee (“LCC“) and did not participate in the proceedings before the ICC. While the LCC held that the zonal manager was guilty of sexual harassment, the ICC found no substance in the allegations. The Bank also held that they found no irregularities as stated by the Respondent and that the transfer order was issued by the executive director on the recommendation of three general managers and not the zonal manager.

The Respondent being aggrieved by the conduct of the Bank, filed a writ petition before the High Court of Madras (“High Court“). The learned Single Judge, while quashing the order of transfer, noted that the Respondent was transferred in violation of the circulars of the Bank and the guidelines laid down by the Ministry of Finance. The Bank being aggrieved by the order of the Single Judge, filed an appeal before the Division Bench of the High Court which upheld the judgment passed by the Single Bench.

The Supreme Court further detailed how there was a fundamental defect in the constitution of the ICC by the Bank. It stated that the panel lawyer of the Bank should have been replaced by an independent person belonging to a non-governmental organisation to aid and assist the ICC, as directed under the Act. The Supreme Court held that this provision being an important aspect of the Act, to ensure there is no institutional bias, the Bank should have accepted the Respondent’s request and replaced the panel lawyer. The Supreme Court further stated that the treatment meted out to the Respondent was symptomatic of a carrot and stick policy adopted to suborn the dignity of a woman.

The Supreme Court most significantly held that sexual harassment at the workplace was an affront to the fundamental rights of a woman to equality under Articles 14 and 15 and her right to live with dignity under Article 21 of the Constitution of India as well as her right to practice any profession or to carry on any occupation, trade or business.

Therefore dismissing the Appeal filed by the Bank, the Supreme Court directed the Bank to repost the Respondent at their Indore branch as a scale IV officer for a period of one year. It further stated that at the expiry of the one year, the Bank could take an appropriate decision regarding the Respondent’s posting ensuring fair treatment was meted out to the Respondent and all the relevant rules and regulations of the Bank were followed. 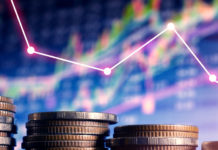 Mends in the FEMA Pricing Guidelines for Rights Is... 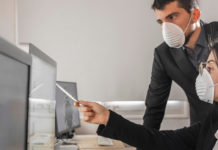 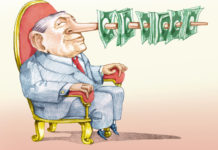 Hasmukh Gets the Last Laugh as Delhi High Court Di...

Mends in the FEMA Pricing Guidelines for Rights Issue by Non-Residents by way of Renouncem...

Corporate Law
In India, foreign investments through equity instruments (other than share warrants) are regulated in accordance with the terms of the Foreign Exchange Management (Non-debt Instruments) Rules, 2019 (“NDI Rules”). A recent amendment to the NDI Rules has clarified that any acquisition of shares by foreign investors pursuant to renunciation of rights by a resident will be subject to the pricing guidelines under the Foreign Exchange Management Act, 1999 (“FEMA”). 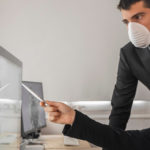 Corporate Law
In its guidelines issued on May 18, 2020, the Ministry of Health and Family Welfare ("MoHFW") has outlined preventive and response measures to be observed in workplace settings to contain the spread of COVID – 19 ("Guidelines"). 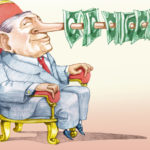 Corporate Law
As a general rule, it is frowned upon to bring disrepute to a person. That general principle is integral enough for the law to be concerned with it. The Indian Penal Code (“Code“) defines defamation as “making or publishing an imputation concerning any person, intending to harm, or knowing or having reason that such imputation will harm, the reputation of such person.

Anti-Suit Injunction and Cross-Border Reputation of Trademarks in India

Intellectual Property
An anti-suit injunction has always been a matter of interest when it comes to providing parties provisional relief. Anti-suit injunctions are orders passed by courts to restrain parties from commencing or pursuing proceedings in another jurisdiction or forum. 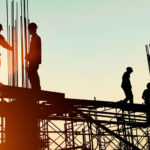 Suspension of Labour Laws amidst Covid – 19

Corporate Law
Aimed at boosting the economy amidst the ongoing Covid – 19 pandemic, several States in India have recently come out with ordinance and notifications containing exemptions from compliance with certain labour laws. Such suspension has been sought to give more flexibility to businesses and employers in order to help curb the effects of the Covid – 19 mandated lockdown. 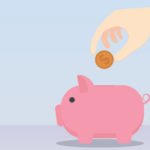 Corporate Law
The Payment of Gratuity Act, 1972 ("Act") as a labour welfare legislation was enacted to provide a monetary benefit to an employee after retirement. It lays down the rules and regulations for applicability, calculation and payment of gratuity to employees engaged in factories, mines, oilfields, plantations, ports, railway companies, shops or other establishments. 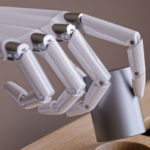 Intellectual Property
On April 22, 2020, the United States Patent and Trademarks Office (the “USPTO”) issued an order  refusing inventorship of a patent application to DABUS, an Artificial Intelligence (AI) machine. This decision, which broadly appears to align with the position being taken in Europe and the United Kingdom with regard to the same invention, is likely to have a significant impact on the future of patenting, at least until there are statutory amendments to the contrary, or until it gets overturned for any reason. 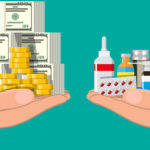 Intellectual Property
Today, as the global scientific and research community doubles down on finding a potential drug or vaccine against the novel Coronavirus, the obvious question that arises is of access to affordable drugs and medical equipment. With the high investment required in drug discovery and pharmaceutical research generally, the debate naturally turns to the returns on such investment in times of a public health crisis as the one being faced today. This note seeks to understand if intellectual property (IP) protection will be a barrier to affordable drugs.

Power of a State Arbitral Tribunal to Grant Interim Orders: The Transformation of a Toothl...

Corporate Law
Section 17 of the Arbitration and Conciliation Act, 1996 (“Act”) has been recognized as an important provision for the smooth and efficient working of the arbitral process as it ensures that the Parties seek interim measures from the arbitral tribunal itself rather than approach the Courts . The 2015 amendment to the Act (2015 Amendment”) has been a necessary and significant amendment.