Arbitration that was once supposed to be the panacea for the woes of litigation, has now become complex and expensive due to several factors, such as ‘multiplicity’ of tribunals, awards, references and challenges arising among the same parties, contracts or series of contracts1. Multiple arbitrations before different tribunals has led to the increase in “multiplicity of arbitral tribunals”. This multiplicity defeats the purpose of a speedy dispute resolution and makes arbitration a counter-productive mechanism. As a result, the Supreme Court in the past has expressed its disappointment over arbitrations becoming a “highly expensive and time-consuming mean for resolution of disputes”2. To counter this narrative and to address the issue of multiplicity of tribunals, the Delhi High Court in the case of Gammon India Vs. National Highways Authority of India3 has issued a plethora of directions.

Gammon-Atlanta (“Contractor”) and National Highways Authority of India (“NHAI”) entered into an agreement on December 23, 2000 for a project that was to be completed within 36 months. When the project was not completed within the stipulated time, an extension was granted by NHAI, subsequent to which certain disputes arose between the parties. To resolve these disputes, three different tribunals were constituted over the course of 4 years. While to each tribunal was referred a different dispute, the claims under each dispute were similar. Broadly, the claims that were referred to arbitration were:

The first tribunal allowed all claims except Claim 3 on the ground that it was outside the terms of reference (“Award No.1”). This was challenged by the Contractor by approaching the second tribunal. Claims 1 and 2 had attained finality, and the second tribunal   rejected a claim of compensation for losses incurred on account of delay and Claim 3 (“Award No. 2”). In 2008, NHAI imposed liquidated damages on the Contractor for delay, which ultimately led to the constitution of the third tribunal. This tribunal allowed the Contractor’s claim for recovery of amounts paid as liquidated damages (“Award No. 3”). The dispute before the Delhi High Court was with respect to Award No. 2. The Contractor’s claim before the court was that the findings in Award No. 3 be relied upon, for setting aside Award No. 2. Therefore the question before the Delhi High Court was that whether it was permissible for the Contractor to jettison the findings in Award No. 3 to argue that Award No. 2 ought to be set aside and the claims of the Contractor ought to be allowed.

Multiplicity of Arbitral Tribunals and Its Solutions

Multiple arbitrations cause enormous confusion and usually arise between: (i) the same parties under the same agreements; (ii) between the same parties arising from a set of agreement constituting one series, which bind them in a single legal relationship; or (iii) arising out of identical or similar agreements between one set of entities, wherein the other entity is common.

To deal with the confusions arising out of the aforementioned situation, the Delhi High Court provided some solutions. In circumstances such as the first two situations mentioned above, the endeavour should be to make one reference to one tribunal. This can be accomplished by drafting arbitration clauses in a manner that ensures that all the claims are referred together and none of them are barred by limitation. Additionally, the Court was of the opinion that any further disputes should be referred to the same tribunal and adjudicated together. The Court however clarified that in this scenario, the tribunal may pronounce separate awards in respect of the multiple references to avoid contradictory findings.

The Court addressed the scenario where under a contract, disputes have arisen and the arbitration clause is to be invoked, at different stages. In such a scenario it was felt that the party invoking arbitration ought to raise all the claims that have already arisen on the date of invocation for reference to arbitration. The reasoning for this was guided by the fact that since the principle of res judicata applies to arbitral proceedings4, it would be against public order to permit parties to raise claims as per convenience.

With respect to situations that arise as mentioned in the third category, the Court opined that an endeavour should be made to constitute the same tribunal. If that is not possible then the challenges to the awards rendered, if pending in the same court, could be heard together.

The Court also felt that at the time of filing of petitions under Section 11 or Section 34 of the Arbitration and Conciliation Act, 1996 (“Act”) or under any other provision of the Act, specific disclosure should be made by the parties as to the number of arbitration references, arbitral tribunals or court proceedings pending or adjudicated with respect to the same contract, to adjudicate the dispute at one go.

While addressing the Contractor’s claims the Court relied upon the principle that it would be incongruous to hold that a finding in a subsequent award would render the previous award illegal or contrary to law. The award would have to be tested as on the date when it was pronounced, on its own merits, and not on the basis of subsequent findings which may have been rendered by a later tribunal5. Therefore, the Court rejected the Contractor’s claims and held that the findings in Award No. 3 could not be incorporated for a ruling in favor of the Contractor.

To effectively tackle the issue of multiplicity of tribunals, the Court has directed that in petitions under Section 34 of the Act, the parties should disclose whether there are other pending or adjudicated proceedings as well as other pending petitions in respect of the same contract. In petitions seeking an appointment of an arbitrator or constitution of a tribunal, parties have been directed to disclose if any tribunal already has been constituted. With respect to arbitration agreements, the appointment or constitution of separate arbitrators or tribunals for different claims arising from same contract or series of contract have also been directed to be avoided. 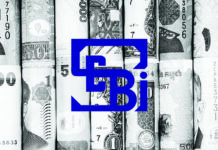 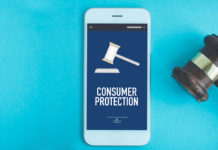