In order to catalyse entrepreneurship and let the start-up segment flourish, the Indian government has issued a notification1 dated February 19, 2019 (“Notification“), which sets out certain tax exemptions available to start-ups under the Income-tax Act, 1961 (“Act“).

Section 56 (2)(viib) of the Act provided that the amount raised by a start-up in excess of its fair market value would be deemed as income from other sources and would be thus taxed. However, with the latest Notification, a start-up will be exempt from such taxation if the aggregate sum of these investments does not exceed an amount of Rs. 25 crores.

Under the Notification, an entity will be considered a start-up:

It is to be noted that an entity, which has been formed by splitting up or reconstruction of an existing business will not come under the definition of a start-up. The Notification also states that such entity will cease to be regarded as a start-up on completion of ten years from the date of incorporation / registration or if its turnover for any previous year exceeds Rs. 100 crores.

Recognition as a Start-up

The Notification contains a process for recognition of start-ups. A start-up is required to make an online application with the Department for Promotion of Industry and Internal Trade(“DPIIT“) and include along with the application, a write-up about the nature of its business highlighting how it is working towards innovation, development, or improvement of products or processes or services, or its scalability in terms of employment generation or wealth creation. The DPIIT has the authority to recognize the entity as a “start-up” or reject the application.

Certification for the purpose of Section 80- IAC of the Act

As per Section 80-IAC of the Act, a start-up which has not been formed by splitting up or reconstruction (as mentioned above) or which has not been formed by transfer of machinery or plant which has been previously used for any purpose, can claim a deduction of an amount which is equal to 100% of the profits and gains derived from such start-up for three consecutive assessment years. Under the Notification, to avail a certificate for this deduction, an application is required to be filed along with Form-I and the specified documents to the Inter-Ministerial Board of Certification (“Board“). The Board has the authority to grant this certification or reject the application.

Under the Notification, a start-up will be exempt from the provisions of Section 56 (2) (viib) of the Act if it fulfils three conditions which are mentioned below:

(i) Recognition by the DPIIT: The entity has been recognised by the DPIIT (as mentioned in the paragraph above); and

(ii) Aggregate Share Capital: The aggregate amount of its share capital and the share premium after issue or proposed issue of shares does not exceed Rs. 25 crores.

As per the Notification, any investment by a non-resident or by a venture capital company or venture capital fund will not be included in calculating the aggregate paid up capital. Further, any consideration received for shares issued or proposed to be issued to a listed company (having a net worth of Rs 100 crores or turnover of at least Rs 250 crores in the financial year preceding the year in which shares are issued) will also be exempt from such computation.

(iii)  Prohibition on Certain Investments: The third condition required to be fulfilled is that the entity has not invested in any of the following assets:

The above stated exceptions are valid for a period of 7 years from the end of the latest financial year in which shares are issued at premium.

In order to avail the exemptions under the Notification, the start-up is required to file a duly signed declaration with DPIIT that it fulfils the above-mentioned three conditions.

Please note that the conditions apply irrespective of the dates on which these shares are issued by the start-up from the date of its incorporation.However, the exception being the shares which are issued in respect of an addition under Section 56(2)(viib) of the Act,being made in an assessment order made under the Act before the date of issue of this notification.

This move is extremely beneficial and in line with the government’s vision to promote start-ups and doing business with ease in India. 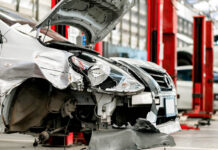 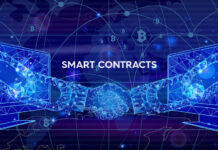 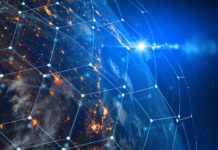