The Supreme Court of India, recently, in the case of Tata Motors Limited vs. Antonio Paulo Vaz & Anr1. held that when the relationship between a car manufacturer and a dealer is on a principal-to-principal basis, the former cannot be saddled with liability arising from the actions of the latter that led to sale of a defective car, unless the car manufacturer’s knowledge about such defects can be proved.

The relevant facts are that that the first respondent, Antonio Paulo Vaz (hereafter “Vaz”) bought a car after paying the agreed total consideration price in 2011 to the second respondent, Vistar Goa (P) Limited, a dealer in cars (hereafter the “Dealer”). At the time of purchase, Vaz availed bank credit. A 2009 model car which had run 622 kilometres was sold to him in place of a new car of 2011 make. Vaz, therefore, requested for refund of the price paid or replacement of the car with one of 2011. The price was however not refunded, neither was the car replaced. Vaz refused to take delivery of the 2009 model car. He attempted a resolution of his concern and thereafter, caused a legal notice to be issued to the dealer, as well as the car manufacturer, Tata Motors Limited (the “Appellant”). Upon his grievance remaining unaddressed, he preferred a complaint before the Goa District Consumer Redressal Forum (hereafter the “District Forum”).

The District Forum heard the Appellant, which was represented, and Vaz. Despite service of notice (of the complaint), the Dealer was absent and was unrepresented, it was therefore proceeded against ex parte. The District Forum determined ‘deficiency in service’ and allowed Vaz’s complaint, holding the Dealer and the Appellant jointly and severally liable to replace the car with a new one of the same model or to refund the entire amount of car with interest.

The Appellant moved the Apex Court and contested the National Commission’s findings that besides impleading the Appellant and seeking relief, no allegations against it were made in Vaz’s complaint before the District Forum. The Appellant submitted that Vaz never alleged nor proved that the Appellant or one of its employees was privy to the transaction in question or led Vaz to purchase the car from the Dealer. The Appellant also contended that unless Vaz could establish that there was a defect in the car, the Appellant could not be fastened with the liability. Reliance was also placed on the invoice by which the car was sold by the Appellant to the Dealer to contend that the title to the property, i.e. the car in question had passed to the Dealer.

On the other hand, Vaz contended that the Appellant deliberately misrepresented by selling an old car without the promised accessories. Therefore, Vaz submitted that the Appellant’s acts amounted to unfair trade practice and deficiency in service within the meaning of the expression.

After hearing the parties, the Hon’ble Supreme Court took note that no role or wrong-doing was attributed to the Appellant before the District Forum in the instant matter. Further, commenting on the principal-to-principal relation between the Appellant and the Dealer, the Supreme Court relied upon the decision in Indian Oil Corporation v. Consumer Protection Council, Kerala2, wherein, it was held that in a principal-to-principal contract, Indian Oil could not be held liable for its distributor’s unauthorised acts. Since there was no privity of contract between Indian Oil and the consumer, no ‘deficiency’ as defined under Section 2(g) of the Consumer Protection Act arose against Indian Oil. The Hon’ble Supreme Court further relied upon the decision in General Motors (I) (P) Ltd. v. Ashok Ramnik Lal Tolat3 to hold that a claim had to be specifically pleaded before the court for it to be adjudicated upon. In General Motors, it was held that where the party did not plead for a relief, the National Commission was wrong in awarding the same.

On the facts of the instant case, the Hon’ble Supreme Court observed that the record established an absolute dearth of pleadings from Vaz concerning the Appellant’s role or special knowledge about the alleged misrepresentation. The lack of any pleadings on the Appellant’s involvement was held to be fatal to the complaint of Vaz. The Apex Court held that the car had been made over to the Dealer on February 28, 2009. Therefore, it is difficult to expect the Appellant, a manufacturer, to be aware of the physical condition of the car, two years after its delivery to the Dealer. During that period, a number of eventualities could have occurred; the Dealer may have allowed people to use the car for the distance it is alleged to have covered. Also, the use of the car and prolonged idleness without proper upkeep could have resulted in the undercarriage being corrugated. All these are real possibilities. Unless the Appellant’s knowledge is proved, a decision fastening liability upon the Appellant would be untenable, given that its relationship with the Dealer, in the facts of this case, were on principal- to-principal basis. For the reasons states above, the findings of the National Commission and the lower forums against the Appellant were set aside. 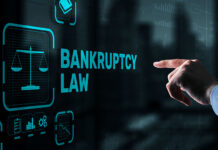 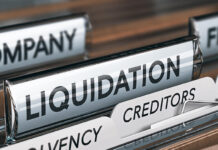 INTERPLAY BETWEEN LIQUIDATION PROCEEDINGS UNDER IB...