A key requirement of patentability is that the invention in question must be “capable of industrial application”. What does this phrase mean? How does this affect claim construction? And specifically, how does it impact patents around nucleic acid or gene sequences? This article tries to answer these questions by drawing on judicial precedent, commentary and legislative positions from across the globe.

A. Industrial application and usefulness of patents

Section 2(1)(j) of the Indian Patents Act (see) defines an invention as “a new product or process involving an inventive step and capable of industrial application”, thus laying down the three essential requirements of patentability.

Here, we seek to explore the third requirement, i.e., “capable of industrial application”. What does this phrase really mean? Section 2(1)(ac) offers some guidance, by defining “capable of industrial application”, in relation to an invention, as implying that the invention is capable of being made or used in an industry. But on closer examination, Section Section 2(1)(ac) is at best a tautological explanation for the phrase. Thus, for further qualification, we need to turn elsewhere.

There is some legislative guidance in this regard, most notably in the Agreement of Trade Related Aspects of Intellectual Property (TRIPS). Article 27 of TRIPS (see) is the parent clause from which the requirements of patentability are drawn. Footnote 5 to Article 27 states that, “For the purposes of this Article, the terms “inventive step” and “capable of industrial application” may be deemed by a Member to be synonymous with the terms “non-obvious” and “useful” respectively”. This leads to the inference that the terms “capable of industrial application” and “useful” are in fact synonymous. Following this, we can refer to Section 64(g) in the Indian law, which states that an invention may be revoked if it is not “useful”. Thus, in keeping with the TRIPS pattern, we use both terms in India.

B. Usefulness and claim construction

If usefulness is a key requirement of patentability, does it follow that every embodiment that falls within the scope of the claim also needs to be useful? Arguably, the answer is in the affirmative. There is judicial precedent and critical commentary from jurisdictions other than India that can help confirm this position.

We can support this question of the usefulness of claim construction from three perspectives. The first is the that a patent may be revoked if the invention claimed in any claim of the specification is not useful. In the Australian case of Wm Wrigley Jr Company v Cadbury Schweppes Pty Ltd [2005] FCA 1035 (28 July 2005), the court observed as follows:

“134. Section 100(1)(h) of the 1952 Act provided for revocation where the invention, so far as claimed in any claim of the complete specification, is not useful. This means that the invention does not attain the result promised for it by the patentee: Rescare Ltd v Anaesthetic Supplies Pty Ltd (1992) 25 IPR 119 at 143.”

Similarly, Terrell on the Law of Patents (Seventeenth Edition) on 2-19, quotes Morritt L.J. from Chiron Corporation v Murex Diagnostics, where it was held that the requirement of industrial application required that the invention should relate to something which has a useful purpose. Morritt L.J. stated, “We think that [the appellants] more accurately reflect the true meaning of sections 1(1)(c) and 4 and the manifest intention of Patents Act 1977 and the European Patent Convention that monopoly rights should be confined to that which has some useful purpose.” [emphasis supplied].

The second perspective is that a claim may be said to be not useful if it does not produce the result claimed in the specification. An early citation for this can be found in Lane Fox v Kensington and Knightsbridge Electric Lighting Co (1892) 9 RPC 413 at 416, where the court held, “Useful for what? Is a question which must be always asked, and the answer must be, useful for the purposes indicated by the Patentee.”

“138. The principle is that all within the scope of the claim must be useful if the claim is not to fail for inutility. A claim is bad if it covers means that will not produce the desired result even if a skilful person would know which means to avoid: Norton and Gregory Limited v Jacobs (1937) 54 RPC 271 at 276, Welch Perrin & Co Pty Limited v Worrel [1961] HCA 91; (1961) 106 CLR 588 at 601, Martin Engineering Co v Trison Holdings Pty Ltd (1989) 14 IPR 330 at 337. Menzies J pointed out in Welch Perrin (at 602) that this does not mean that a specification should be construed in a way that any sensible person would appreciate would lead to unworkability when by construction it could be given a more limited meaning.”

The third argument is that if even a single embodiment within the scope of a claim is not useful, then the entire claim is not useful and liable to be revoked. For this, we turn again to Wrigley v Cadbury Schweppes [2005] FCA 1035 (28 July 2005), and the excerpts already extracted previously:

“134. Section 100(1)(h) of the 1952 Act provided for revocation where the invention, so far as claimed in any claim of the complete specification, is not useful. This means that the invention does not attain the result promised for it by the patentee: Rescare Ltd v Anaesthetic Supplies Pty Ltd (1992) 25 IPR 119 at 143.”

“In Alsop’s Patent, Parker, J. Observed as follows: “In considering the validity of a patent for a process, it is therefore material to ascertain precisely what the patentee claims to be the result of the process for which the patent has been granted; the real consideration which he gives for the grant is the disclosure of a process which produces a result, and not the disclosure of a process which may or may not produce any result at all. If the patentee claims protection for a process for producing a result, and that result cannot be produced by the process, in my opinion the consideration fails.9 Similarly if the patentee claims for a process producing two results combined and only one of these results is in fact produced by the process, there is a partial failure of consideration, just as there is in the case of a patent containing one valid; and one invalid claim; and such partial failure of consideration is sufficient to avoid the patent. If said Mr. Justice Buller in Turner v Winter ‘the patentee says that by one process he can produce three things and he fails in any one, the consideration of his merit, and for which the patent was granted fails…” (page 448 and page 449 Patent Law by P. Narayanan, Fourth Edition )

Arguably, claims for gene sequences are limited to their function. This is because a gene sequence may not always perform its intended function. It is only when it is at the right place and in the correct form does it perform. For example, a nucleic acid sequence for expressing a trait in a plant only performs its stated function, when it is incorporated in the genome of the plant and the incorporation is at the right location within the genome. Thus, a claim for a gene sequence without its function is bound to fail for not being useful.

This argument played out in the 2010 case of Monsanto Technology LLC v Cefetra BV, involving a European patent for a DNA sequence which, inserted into the DNA of a soybean plant, made it resistant to a powerful herbicide frequently used in agriculture (see). This same genetically modified soybean plant was not patented in Argentina, where it was cultivated on a large scale. Some European companies imported this Argentinian soybean into the Netherlands. And Monsanto asked the European Court of Justice at the Hague whether it could invoke its European patent to prohibit the marketing of this meal. The court said that patent protection could be invoked only in relation to an invention which in fact performs the function for which it has been patented. In this case, the court found no infringement as the gene sequence was unable to perform its intended function.

For this, Articles 23 and 24 of the European Directive (98/44/EC) on the legal protection of biotechnological inventions offer further clarification (see). Article 23 states that “a mere DNA sequence without indication of a function does not contain any technical information and is therefore not a patentable invention”, and Article 24 states that “in order to comply with the industrial application criterion it is necessary in cases where a sequence or partial sequence of a gene is used to produce a protein or part of a protein, to specify which protein or part of a protein is produced or what function it performs”.

Together, these two clauses clarify that a nucleic acid sequence, without indication of a function does not contain any technical information and is not a patentable invention. 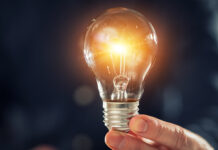