Follow us on
SEARCH FOR A SPECIFIC TOPIC
Home Intellectual Property Greater than ... 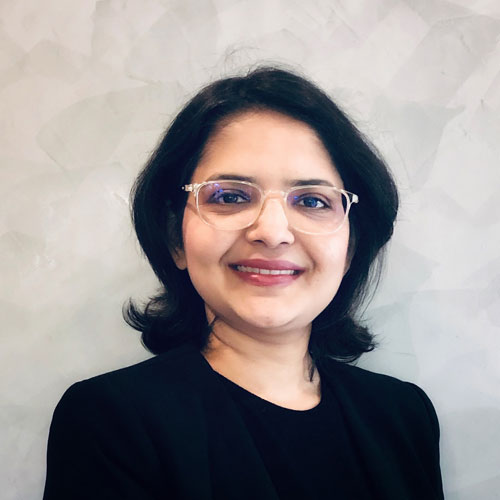 This is the second part of a discussion on synergism and the patentability of compositions in India, which details the manner in which patent applications for compositions have been prosecuted by the Indian Patent Office (“IPO”) over the years. The first part describing the ways in which synergistic effect may be demonstrated can be read here.

Where an invention is relying on synergistic effect as a feature of the composition, the Manual for Patent Office Practice and Procedure, 2019 states that such synergistic effect should be clearly brought out in the description by way of comparison at the time of filing the application itself. Subsequent submissions regarding synergism can be accepted in replies to office actions as further support of synergy.

Indian Patent Application (“IPA”) No. 1713/KOLNP/2014 was refused by the Controller on various grounds, including Section 3(e) of the Indian Patents Act, 1970 (“the Act”) as no synergistic data was provided in the complete specification.

In IPA No. 4194/CHE/2013, the applicant provided “monadic evaluations made by the consumers” in the complete specification to demonstrate synergy. The Controller however insisted on providing in vitro data for establishing synergy.  The data was submitted during prosecution, and was admitted by the Controller.

In IPA No. 6080/DELNP/2014, the Controller while refusing the application held that “post-filing data must depend on the experimental data disclosed in complete specification, and [the] present application does not establish any data for the enablement of the claimed combination”.

In IPA No. 1904/KOLNP/2009, one reason cited by the Controller for rejecting the application was that it failed “to substantiate the synergism as provided in … the specification where remarkable activity is not observed with regard to commercial topical drug formulation having unknown composition”. The application was appealed to the Intellectual Property Appellate Board (IPAB), which, in OA/16/2016/PT/KOL, set aside the Controller’s order, stating that “remarkable activity” is not a requirement in law.

Sometimes, synergism could be entirely due to the effects of random variations. Thus, it is important to take this into account while assessing synergism as well.

It is recommended to include data that supports the entire breadth of the claim. For example, in case of ratios, one must show that synergy can be achieved for the full range claimed. Thus, claiming a very broad range of ratios or concentrations of the components without adequate support in the specification by way of experimental data might invite plausibility or sufficiency-related objections. For example, IPA No. 9036/DELNP/2015 was refused by the Controller despite disclosing the results achieved by the combination claimed, as the examples did not clearly define the synergistic amount/concentration of the active components.

In IPA No. 1403/DELNP/2010, the Controller, while refusing the claims relating to combinations of antiviral compounds, held that defining the anti-viral efficacy in terms of expressions “slightly synergistic”, “highly synergistic”, and “slightly antagonistic”, where a single value of drugs has been compared as either “additive” or “synergistic”, is not suitable. The Controller also noted that the claimed composition does not define any synergistic amount or ratio of anti-viral compounds, and it cannot be presumed that synergistic effect will be shown by all the innumerable combinations of claimed components. The Controller stated that the applicant’s “analysis [of] synergism is … incomplete in absence of dose response curves for the drugs and absence of the evidence that the drug response is linear. Merely by showing improvement in results by combining two drugs at a single dose one cannot claim such improvement as synergistic effect because the improved result might have been obtained by simply doubling the dose of either drug alone.”

The experimental data provided in a patent specification claiming synergism should be comparative. For example, in the case of a composition containing two active ingredients, the data should be provided for the performance of the active ingredients alone and in combination. Similarly, in cases where an excipient or an adjuvant enhances the effect of an active agent or provides some other advantage, data should show the effect of the composition with and without such excipient or adjuvant. For example, IPA No. 700/CHENP/2014, was rejected for failing to provide details of synergistic effect data “by demonstrating the activity of individual ingredients of claimed composition vis-à-vis activity of claimed composition.”

In some cases, especially those involving pharmaceuticals or agrochemical compositions, more often than not, in vitro synergy does not translate into in vivo synergy. In such cases, it is recommended to include some data showing in vivo synergism. This may be supplemented during the prosecution after more comprehensive in vivo studies.

Several methods are known to calculate or assess synergism depending on the type of composition.

For agrochemicals, e.g., herbicides, a commonly used method for ascertaining synergism is Colby’s method (Colby, S. R. Calculating Synergistic and Antagonistic Responses of Herbicide Combinations. Weeds 15, 20–22 (1967).). In this method, the components must be tested singly at their component concentration in the same study with the mixture. The observed results for the mixture are compared with those expected from the Colby Equation. In IPA No. 201818015075, the applicant demonstrated synergism in the claimed herbicidal composition comprising Fluroxypyr and Metamifop through Colby’s equation. In Indian Patent No. 344893 Colby’s method was used to show the synergistic effect of the combination of elemental sulfur and amino acid in the form of water-dispersible granules. In Indian Patent No. 359948 the synergistic effect of an insecticidal composition consisting of methoxyfenozide, emamectin, Benzoate, and biostimulants selected from Fulvic acid or amino acid in specific amounts was ascertained using Colby’s method.

Some common methods for assessing in vitro synergy between antibiotics or antimicrobials include checkerboard analysis, isobole method, time-kill curve, and E-tests. The Checkerboard analysis determines the effect of a combination of antibiotics in comparison to the individual components. In Indian Patent No. 358626 synergistic effects of ND-1 1176 and Clofazimine against Mycobacterium abscessus were demonstrated by a checkerboard assessment. The Time Kill test is used to evaluate in vitro reduction of a microbial population of test organisms after exposure to an anti-microbial. The method described by F.C. Kull (Kull F.C., et. al in Applied Microbiology 9:538-541, 1961) is also used widely to assess synergism of the combination of biocides.

The demonstration of synergistic effect is usually a requirement in patent applications relating to compositions. The synergistic effect of the claimed composition must be demonstrated by sound experimental data. The precise contents of the specification and the nature of the data will vary depending on the composition being claimed, and the IPO has tended to rely on different scientifically accepted tests to make its determination on patentability. Data may also be submitted during the course of prosecution, after a specification has been filed, but such data must have support in the originally filed specification. 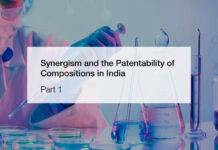 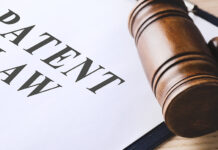 Types of Patent Applications in India 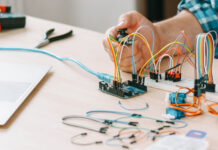 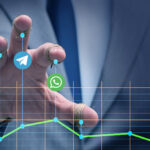 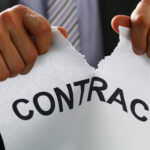 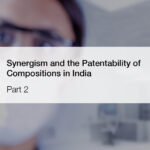 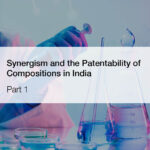 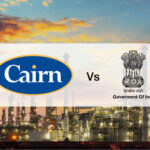 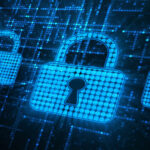 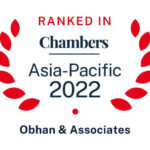